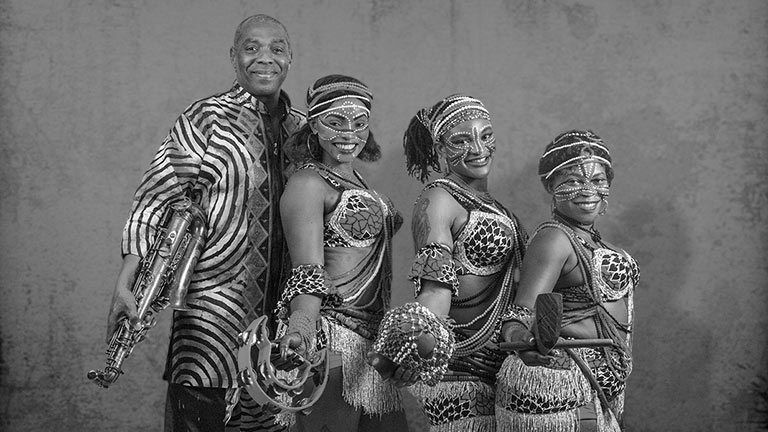 2019 has been extremely intense for Femi Kuti, playing at the world’s most prestigious venues and festivals, while being engaged in activism that aims for more justice and a better planet for future generations. One exciting development is that his band The Positive Force has been joined by his talented multi-instrumentalist son Made Kuti. Femi also found time to work with electronic music producer Robert Hood, French hip-hop band IAM, as well as Coldplay on the song “Arabesque.” Femi has also locked himself in the studio to record a new album that will be released in 2020 on Partisan Records.