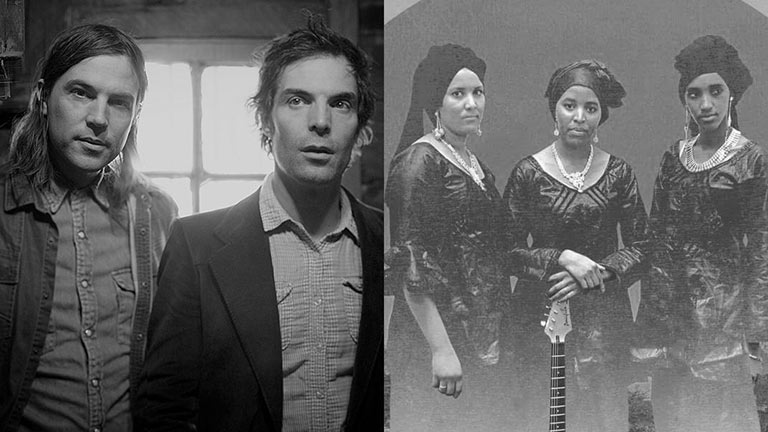 Due to the COVID-19 pandemic and following the measures imposed by government authorities, which include cancelling non-essential activities and restricting entry of non-residents to the territory, we confirm that The Barr Brothers avec les Filles de Illaghabad’s show scheduled on June 26 2020 at Théâtre Maisonneuve taking place during Festival International de Jazz de Montréal is postponed to June 26 2021 at Théâtre Maisonneuve as part of the 2021 edition of the Festival International de Jazz de Montréal. While this decision comes at a time of universal uncertainty, we take the safety and health of our guests, staff and community very seriously. We urge everyone to follow the guidelines and protocols put forth by public health officials.

For the first time, the Montreal outfit’s three members—namesake siblings Brad and Andrew Barr, harpist Sarah Pagé—went empty-handed into the studio. Improvisations that lasted hours at a time, with grooves inspired by India, West Africa and 808s. Then the band took that racket and distilled it into 11 songs. At times the sound’s all twinkling, the score for a lost John Hughes film; at other times it’s whetted, searching, like the stuff of Lhasa de Sela or Led Zeppelin’s III. It’s this tension, this dither, that lives at the centre of Queens of the Breakers. The sound of a band still playing, even occasionally reimagining, their rock’n’roll.